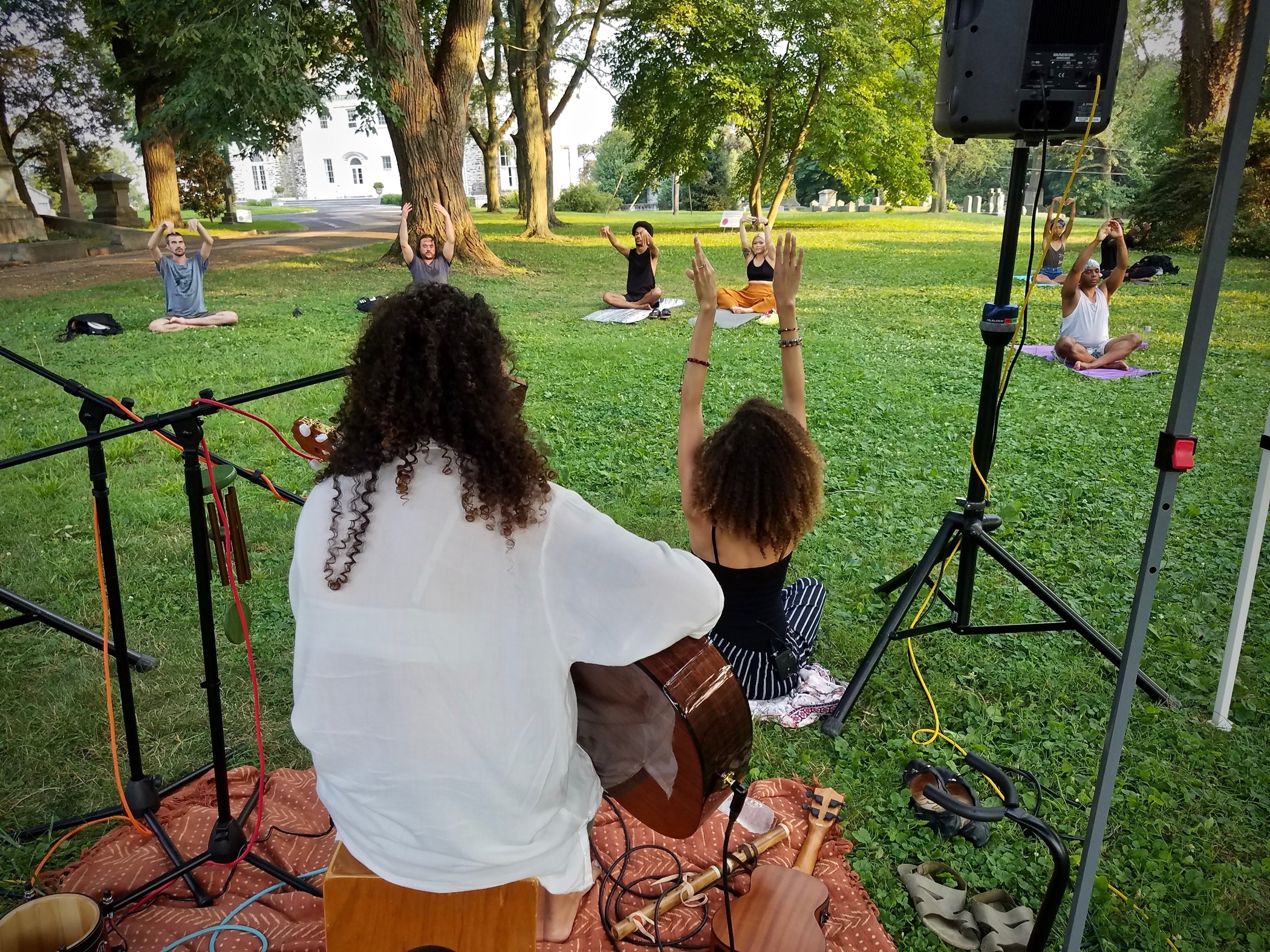 At 54 acres, Woodlands Cemetery is one of the largest open green spaces in West Philadelphia, a neighborhood used not only by mourners but also joggers, bird watchers, and picnickers. The grounds and the historic mansion in their center were used for weddings, trade fairs and performances.

The Woodlands would like to invite more people through its gates with the vision of the future to build an open-air location on its southern edge, away from the burial grounds, that can accommodate gatherings of 100 to 200 people.

But first the Woodlands need more people to know that it’s not just a field of tombstones.

The cemetery has collaborated on a weekly series of wellness events with Ars Nova Workshop, the jazz and new music presenter, through the end of September. Called New Grass, named after Albert Ayler’s 1969 album, the Wednesday evening sessions offer spiritual cleansing through participatory drum circles, story sharing and mindful meditation.

As the title suggests, it happens outside in the grass.

Last Wednesday, Netera Brickle came to the first guided meditation session in the series, a one-hour session of conscious breathing.

“I really enjoyed being with other people,” said Brickle from Southwest Philadelphia, who occasionally meditates alone but rarely in a group. “It helps me be more motivated to do the things I should be doing.”

The session, led by Aubrey Howard, a transformative breathwork facilitator, included exercises to create stillness in the mind and body through awareness of the breath. She was accompanied by live music: Guitar, flute and percussion were played by Howard’s wife Alexia Oliveira.

“I wasn’t expecting the music,” said participant Atiba Green from West Philadelphia. “I thought it was going to be a DJ. But the live music – that was nice, set the tone. “

This ingenious device brings guided meditation to the masses

“Meditation has helped me to understand my…

This ingenious device brings guided meditation to the…

Jamie Jones becomes a partner of the music and…